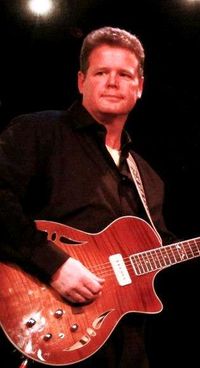 Jim Van Arsdale has enjoyed a career spanning over 30 years as a performer and educator in the Finger Lakes region of upstate New York.  In 2001, as a member of the group Spellbound, was voted Best Regional Band in a readers poll by the Citizen Newspaper. Jim is co-founder and program director of the not-for-profit organization, Perform 4 Purpose, who organize music workshops, summer camps, and concerts with kids that support local charitable needs. Jim has been nominated for multiple SAMMY's (Syracuse Area Music Award) as the guitarist for Midnight Mood. and with Perform 4 Purpose. His band, "The Healers", currently performs as a 12 piece group featuring a horn sections and expanded percussion section. He is also the guitarist in the rock trio, Blast, featuring his long time music collaborator, Bob Nodzo. Jim holds a Bachelors of Science in Education from the State University of New York at Oswego and a Masters in Integrating Technology in Education from Walden University. 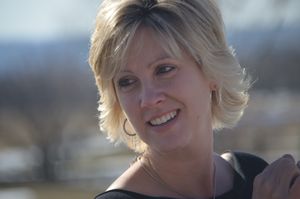 Connie Patti is an accomplished vocalist known for her ability perform in many different musical styles ranging from traditional jazz, modern pop, classic country, and rock. Together Connie and Jim perform as a duo or acoustic quartet featuring a playlist from across musical genres and decades. Connie and Jim first performed together in 1999, and have enjoyed years of musical collaborations in the beautiful Finger Lakes wine country of Central New York. 2016 marked the release of their CD, "Acoustic Nights", featuring 8 new original compositions.